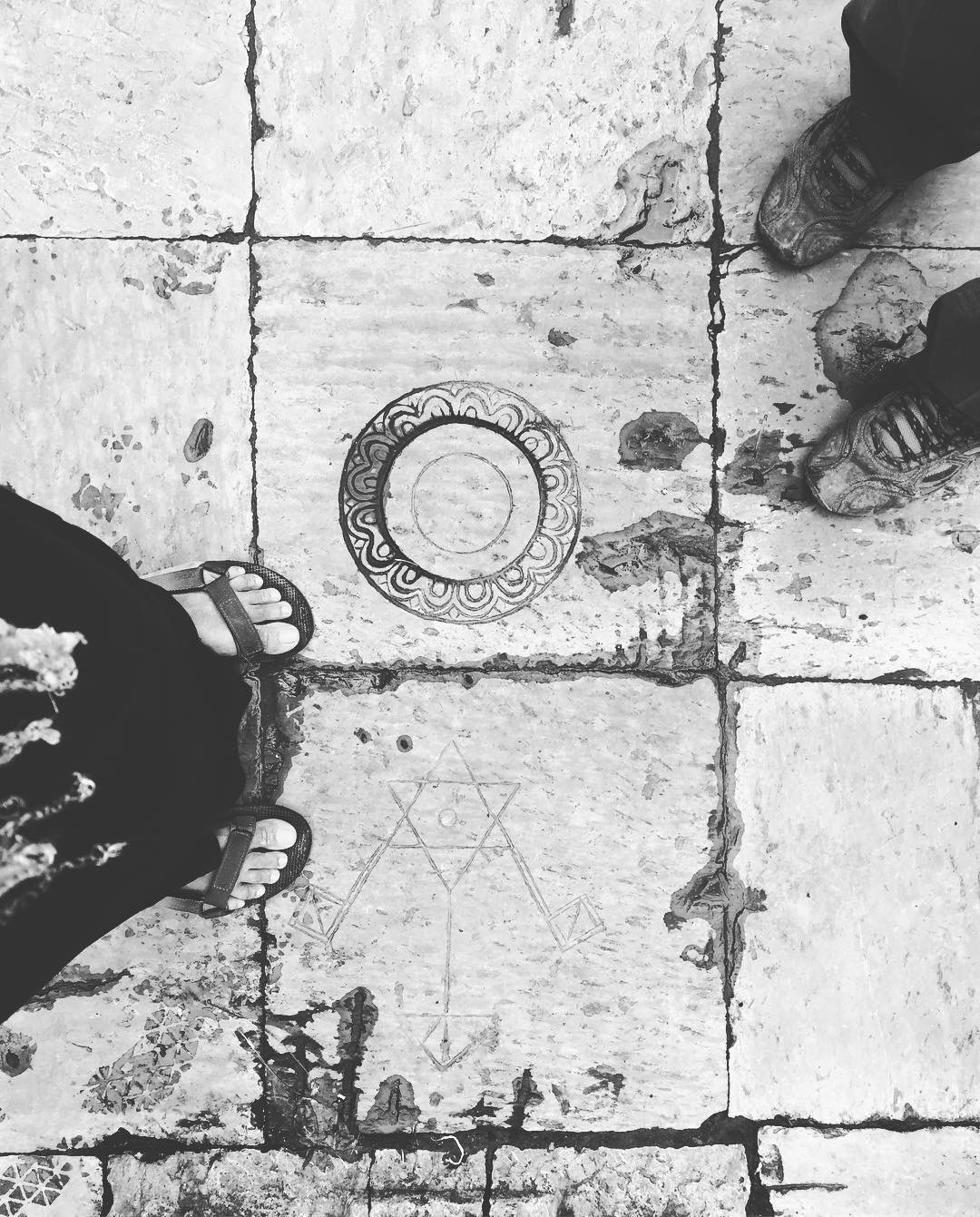 Even before I was born, I had a story.
It was told before me, murmured through crowds,
echoed through cathedrals in the tick-tock of ancient time,
frozen on the stained glass of holy halls,
falling from the lips of a man in robes with all the answers.
In this story there were two humans,
but one was made from the bones of the other.
This was my woman genesis, and the origin of many of us
flesh-clothed ribs stolen from the wholeness of men,
companions for cocks, fit into like the slits on slot machines
like “Oh, I’ll take a gamble on this one, she looks nice”.

My mother, she came out of the petals pretty, ribs in perfect position,
precision lined over her heart like display swords but
no blades could protect her from the pain of no permission,
from looking nice at an underage party,
from I’ll take what I want, you were made to serve me,
from trespass teeth and the shattered peace of a silent room.
She grew into shame, stammering apology,
sheath clung to skin because she was most real when a man saw her,
then when my father touched her, smacked her, told her he loved her.
I saw her handled, saw tolerance slowly fill her eyes
like rising water in a boat about to go down,
the vessel of my indoctrination.

I became pleasure games for a man to play,
I became close your eyes and it’ll be over soon,
I became you don’t have to like it, just be good and take it,
don’t say no when he pushes, when he chokes you,
when he thrusts into and fucks you.
Both of us, mother and child beguiled into being,
christened at the same altar not of our choosing,
held in the palm of omniscience I have never seen.

In church we were taught that you did your best to be a good girl,
to preserve your communion in a sacred case, host cast in gold,
only to be unhinged for the one who would keep it safe for all eternity
like alpha and omega, the beginning and the end,
our histories wedged between the bookends that define us,
the shelves that store us, the rooms that imprison us
since we are meant to be kept, not keep,
we are meant to be told, not tell,
we are meant to be silent and still,
to take what we are given and be grateful.
Well I am not grateful.

I want my story back.

This is my genesis, the return of my truth, no original sin,
no woman temptress who stole a forbidden apple,
who ate the mind of a snake and fed it to a forsaken man.
We are all forsaken, men and women alike, abandoned for power,
for the sweet smell of banknotes and the jingle of coins,
drinking the insidious nectar of institutions which decided
that woman came from the ribs of man,
that man had to work and woman had to birth,
that we are driven by different needs
when we breathe the same air from the same tree.

We have all been led astray by one serpent, yet we vilify each other
as if there is ever autonomy, as if we have not all swallowed lies,
words like “duty” and “promise” and “right” and “wrong”.

I am emancipating myself from the story I was forced to take as my own,
no more hallelujah, no more amen,
no more forbidden fruit except what I put in my willing mouth.

We are our own lords, our own slavers, our own saviours,
there is no man in the sky making my decisions,
there is nobody who is going to write my story except me,
there is no genesis but what I choose and what I repeat,
no apple but the one I decide to eat.